Ebola crisis unit: coordinate the wrestling against the epidemic of fever 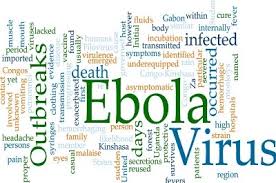 Today in October 21st, 2014, in the Luxembourg, meet, European Ministers of Foreign Affairs, to answer the crisis of the Ebola virus, and try to set up a crisis unit appropriate and coherent Ebola, with a crisis management coordinated at the European level. The balance sheet(assessment) is already considered as catastrophic by the WHO, because this hemorrhagic fever already exceeds(overtakes) 4500 deaths, according to the figures of the WHO, role of the meeting of the Luxembourg is to bring an answer to this epidemic.

An European diplomat declares to AFP, it is finally advisable to answer in a muscular way, in one of the biggest and gravest crises of lately, and even if 180 million Euros are proposed by the European Commission, David Cameron, proposes and asks that the effort is carried(worn) by all in a billion of uros, it is to say the fear, and that is why at the end of the week, a summit of the heads of state will be gathered(combined) in Brussels to review this management of the crisis and especially to avoid the distribution of the virus at the European level.
The affair is very serious and the fear is, at the middle of October, besides the deaths there, he(it) has had 9.000 people of contaminated there throughout the world, and that’s why the WHO qualifies this epidemic as a world urgency of public health, and Europe follows very closely the situation, through the ERCC (Center of Coordination of the Emergency Reaction), which is the central pit(core) of coordination and is in direct connection with all the partners such as United Nations.

Ebola, successes and reasons for hope

Since yesterday October 20th, the representative of the WHO in Nigeria (Gama Vaz Rui) declared this country as “free Ebola”, it is rather spectacular. In Europe, the patient Frenchwoman went out of the private hospital and can be considered as cured, the same goes for the last Spanish nurse’s aide who working on the hospital Juan Carlos III had been reached, there is a few weeks, according to the press would have no more the virus, having passed by difficult and diverse phases.

Ebola, creation of a crisis unit in France 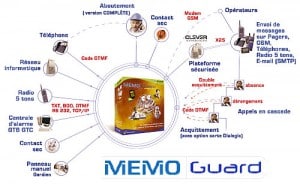 The worried French government has among others, set up the controls (Fevers) of passengers to Charles de Gaulle, and according to a close protocol, the first Air France passenger presenting symptoms close to the Ebola, stayed in a hospital in Madrid, last week (communicated alert Air France in 16/10/2014), it is to say if fear is, and the sensitive and disturbing subject there, because it is impossible to block the air traffic with the countries of Africa, to see developing alternative wild transport (subject of Laurent Fabius, Secretary). These controls are so important, as it is by the communiqué of the Elysee that they were announced.
Where from comes Ebola?: It is the name of a river of Congo, where appeared for the first time according to the experts in 1976 the plague, he(it) is extremely dangerous because the mortality can reach(affect) 90 % of the sick, thus it is advisable to take things seriously, even if with the European health systems, the dangers seem lesser than in Central Africa
The Solution MEMOGuard allows of manager a crisis unit. MEMOGuard has the capacity to make gather(combine) simultaneously all the people concerned for manager the emergency cell(unit) and act as a result of the importance of the situation.
More information: imposed in hospitals